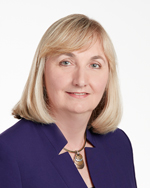 Kay Whalen, MBA, CAE is the President of Executive Director, Inc. (EDI). Since she and her original partner purchased the company in 1993, the firm has more than quadrupled in size.

Kay began her career at EDI in support services, working in accounting and management information systems. In 1995, she began serving clients in the capacity of executive director. Kay now serves as the executive director of the American Academy of Allergy, Asthma and Immunology (AAAAI) and the American Academy of Emergency Medicine (AAEM). She also serves as consulting partner to 12 other professional organizations. 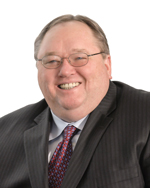 David Baumann is Chief Operating Officer. David has worked for EDI for more than 30 years and in the association field for 35 years. He is part of the EDI ownership group that acquired the 50-year-old company in 1993.

David previously worked for the University of Wisconsin Medical School and the Wisconsin Department of Veteran’s Affairs.

David has served in various capacities with a variety of associations including executive director of the Agricultural & Applied Economics Association (AAEA), and in 2009, received the AAEA President’s Award.

David has frequently spoken at industry and professional society meetings and continues to serve as EDI consulting partner to a number of EDI clients. 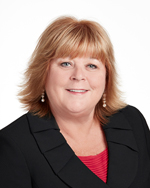 Tara Withington, CAE is a principal and Vice President of EDI.

After serving many nonprofit organizations at the grassroots, local, state, and regional levels, Tara joined EDI in 1998 and became an EDI principal in 2003. She serves as a consulting partner or executive director to multiple healthcare related clients of EDI. Tara also leads EDI’s Preferred Provider Network and co-leads EDI’s Communities of Practice. Tara has assisted associations in broadening and enhancing organizational missions and services, reducing expenses, increasing fundraising and developing strategic plans. She takes special interest in improving organizational processes, including bylaw clarification and infrastructure improvement.

Tara holds a degree in Business Management, as well as the Certified Association Executive (CAE) designation.

Outside of EDI, Tara is a member of the Board of Directors for the AMCi and is a member in good standing in the American Society of Association Executives (ASAE), as well as state and local management groups. 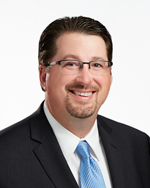 Dan Nemec, MBA, CAE is Vice President of Finance and principal of EDI.

Dan received his BBA in Accounting from the University of Wisconsin-Whitewater and his MBA from the Keller Graduate School of Management. In 2012, he achieved the CAE designation from the American Society of Association Executives, where he is also a past member of the Association Management Company Section. 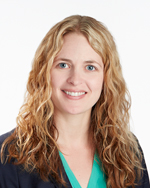 Celeste Rom, MSHR is Vice President of Corporate and Human Resources at EDI.

Celeste began her career with EDI in 2006 working in the human resources department where she has most recently served as the director of the department since 2012. Currently, she oversees several support services teams, including creative, information, human resources, technology and web services.

We use cookies to ensure you the best experience on our website. Your acceptance helps ensure that experience happens. To learn more, please visit our Privacy Notice.